The first time I heard about Data Science was when a father of one of my students insisted that I look into it as a career option. It was a rough time, I was home preparing for a competitive exam while sustaining myself teaching Maths and Physics to high school and college students. It had been over a year since I left a working job as an HVAC design engineer. Being a mechanical engineer getting a core job as an HVAC engineer is what most would stick to but not me. After almost 3 years of quitting that job, here I was contemplating my career all over again.

As luck would have it I chanced upon Ashvin, a recently converted Data Science intern at AmberTag analytics and a childhood friend of mine whom I had lost touch with. Ashvin and I go a long way back, we live in the same street. Ashvin, my brother and I were inseparable compadres. It had been a long time since we conversed and it was a stroke of luck that we did. I had already landed an internship with Unilog an e-commerce company in Mysore and was about to make a move to Mysore half-heartedly leaving a lot of unfinished business and personal things behind. It was during that conversation Ashvin invited me over to speak to one of the managers of AmberTag and I readily agreed.

It was on a Monday morning during the early sweeps of Monsoon that I met Mr. Anil Aropalli; a gentleman to the heart without whom my journey with AmberTag would have not been possible. We conversed for a while and the topic quickly changed from my interests in Data Science to Philosophy; a subject that is increasingly finding itself running amok with everyone having an opinion in the digital world. By the end of that conversation, my decision was pretty clear. I was to start my Learning the following week as Learner from Sangachadhwam.

Sangachadwam is the last word in the Rig Veda. It means let us progress (proceed or move on) together. It emphasizes the unity of minds to create healthy powerful organizations for prosperity and happiness of all.

The instructor for the induction day was Professor Amarnath whose seminar on Business Analytics was clear, concise, and extremely practical. Everyone really valued the seminar.

As time went by quickly we were taught R ably by Mr. Anil Ramaswamy, Statistics by Professor Amarnath, SQL by Gopinath and market basket analysis by Nithin and were given projects to work on.

The first few weeks were confusing and hectic as you would expect from a career transition but it wasn’t without learning. Batch 01 Analytics of Sangachadhwam started off small with Dushyanth, Hemanth, Bharathi, Veenasa , Netra, Megha and I. Later on Joined by Anand, Naveen, Suhas, Sri Lekha and Nowami. The training was just for three months but we had become a tight-knit group already along with Ashvin, Karthik, and Satvik who were employees in Ambertag.

As the weeks flew by without many digressions we were invited to attend a “Happiness Program” initiated by Mr. Bharath Vijay along with Mr. Harish Batani to help us keep a calm mind, reduce anxiety, increase energy levels and to sustain happiness every day. It was a mind-numbing experience and has had a profound impact even to this day.

By the end of the three months in Sangachadhwam I had learned a lot and had made quite a forward stride in my journey towards data science. I had all the freedom to learn at my pace and was supported well by the trainers of AmberTag , I hope the cultural setup stays the same and the philosophy that drives Sangachadhwam lives on and may all the learners coming out of Sangachadhwam aspire and intend to be alike so a common objective can unify us all “Sangachadhwam” 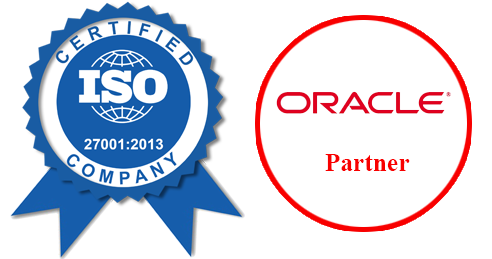